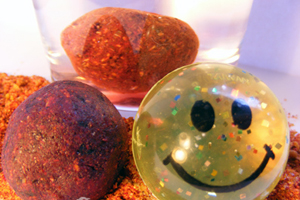 There is a shocking increase in carp anglers asking why their readymade baits are simply not matching up to expectations in terms of catch results promised! There are many reasons for this but you can control all of them! How can you achieve better than average results, when so many anglers are using the same or similar baits as you are using? This is a big issue and a massive challenge to solve for most big carp anglers today! Read on to discover answers and expert tips that will give you your power back right now!

I reached a point of realization years ago where was obvious to me that it was pointless trying to make good an under-performing bait paradigm using bait soaks and glugs. I am referring of course to bait dough that is extruded and shaped and heated one way or another into boilies which are used as free baits or as hook baits!

I have very usually been short of time so making baits for me has been about doing things faster than normal, instead of continuing the old-fashioned methods of bait making I used from the late seventies which involved rolling and boiling of dough to create boilies.

The fact that it took so long influenced my decision to cut out steps in the process that I found were totally meaningless. For instance I began to stop heating baits and I went back to using paste just as I had when I began carp fishing in the seventies when no bait companies existed that sold boiled baits and from a time when everyone made homemade baits.

Taking out the step of boiling baits gave me a huge immediate improvement in results. I began catching fish when other anglers around me failed to catch. I caught a wider diversity of carp too, from the syndicate water I had fished by that stage for about 8 years. I noticed fish behaved very differently to baits that were not heated. The initial step towards this came from moving from high protein boilies more towards bird food and other themes of baits as milk protein costs rose and rose.

This inadvertently led to my using very coarse, soluble and open baits that broke down easily in water. I was still making boilies and heating baits which I formed from homemade forms of bait dough. But around 1992 I stopped using bait rolling tables and manually made my homemade baits 3 or 4 times the normal size of other anglers. (The normal size of boilies at the time was about 14 millimeters.)

I made baits anything up to 40 millimeters or even bigger. I still boiled these baits and dried them; but that was where similarities with normal homemade boilies and conventional readymade boilies ended. This is because I was making boilies that could not possibly be rolled on a rolling table as they were so sticky or coarse or both sticky and coarse in nature. I loved these baits and they really transported my catches off the scale compared to normal, that being by now, shop-bought types of conventional readymade boilies.

I no longer desired baits that resembled readymade baits. This is because I discovered by very long experience over many years that fish feed very selectively, on an individual basis, using highly evolved defensive feeding behaviours when in the presence of boilies.

Homemade boilies and shop-bought boilies in conventional terms are so very similar and the volumes used by the increasing numbers of anglers joining carp fishing over the years from the nineties through to past the year 2000 really showed me very conclusively that making rolled homemade boilies was definitely not the way to maximise results.

I will not go into how I began making my boilies different here but the important step came in the early nineties when I was fishing all the time over crumbled boilies instead of whole boilies. At that time I also began using PVA stringers of boilies in circles, but using baits cut right through multiple times. I used this method for my hook baits also because I noticed it produced faster bites and significantly more fish. These things plus other observations guided me to avoiding the step of rolling bait altogether.

In more recent time I discovered very dramatically different paradigms of designing baits that maximise and optimise baits without heating baits in any way and without making baits designed upon old fashioned HNV and BNV food type vale paradigms.

I had used these paradigms for designing and making my homemade baits for 25 years. But in becoming a writer I found myself in a position of having to constantly question every single aspect of bait, strip it right back to its roots and re-examine the logic and processes and thought evolutions which really ended up mass-conditioning thousands of anglers into thinking that is the way to design, make and apply bait!

Just because a large number of people think something, this does not automatically mean this thinking is correct and even more importantly that it cannot be improved upon! In becoming a specialist in homemade baits, in the testing and constant researching of original research, original testing and breaking the old rules and status quo thinking, this revealed a number of very significant breakthroughs in improving my results.

In part this came about in 2005 by finding me becoming central hub of information from homemade bait-making anglers all over the world and becoming a field tester and consultant for numerous bait companies. In certain periods in the last 10 years I found I was testing new bait versions in multiple forms and making them anew, nearly every day for months and months for years. The fish feedback from this reality bait testing very seriously opened my eyes to new possibilities which are genuinely superior to the entire food bait paradigm.

Of course few bait makers will like to read this and most especially if they are closed-minded and stuck in playing catch-up in the old-fashioned food bait thinking from years ago. It sometimes takes a jolt of inspiration to change. A couple of years ago I had quite an interesting conversation with John Holt, an angler of deserving of enormous respect for his catches. It was with his Grange bait that he started Mainline baits. I had many friends that fished the Little Grange in Essex, and later in the early nineties I fished the Big Grange next to it.

These were interesting times and many guys at that time sold leads as a part time income. I used to see Danny Fairbrass founder of Korda going round to see his mates on the Little Grange. We were all unknowns back then, though I might have bumped into Kevin Knight or Zenon Bojko of Mainline or maybe fished with a guy that made baits in the Nash factory nearby, it was all just part of the scene.

I remember discussing baits on the way to Dream Lakes with Zenon a few times and feeling that some of the ideas I was forming were a bit different to normal. John Holt approached me at the Carp show in Sandown Park a couple of years ago when I was on a stand doing my consultant bit for CC Moore, explaining aspects of some of the liquids and their possibilities.

This very switched-on exceptional big fish angler (whose boilie recipe founded Mainline baits,) grilled me very highly enthusiastically about lots of my ideas and concepts that he had read about in my articles etc and we chatted for a long time.

But one thing that seriously struck me was the look in his face when I asked him why he still used eggs. He answered my question by saying “Because I’ve always done.”

I could see the lack of logic, emotional attachment and shocking doubts in his mind about still using eggs, which really hit him, in the moment he said that! Revealed in my New Ultimate Carp Bait Ebook Course is far more powerful information, so check it out right now!

One thought on “How To Make The Best Advanced Homemade Carp Fishing Boilies!”